Claude buys and sells shares and disclosure his holdings because we’re all friends here.

Sydney to Melbourne Part 1 gave the background to Major Sei Hashida’s espionage mission to Australia in January-March 1941, including the Australian intelligence establishment which kept him under surveillance. On his arrival in Sydney, Hashida moved into the Australia Hotel, on the site of the current MLC Centre off Martin Place, and got to work. … Continued

Surface engineering company Laserbond Limited (ASX:LBL) released its half year results earlier today and the market did not like them…

Urbanise.com appears to be a decent little company flying under the radar…

Sydney-based artist Kate Mitchell has been working on a major project titled ‘All Auras Touch’ since 2 October 2019 with the aim of capturing the auras of 1023 people whose occupations are recognised on the Australian and New Zealand Standard Classification of Occupations register.

The advancement of new technologies in the digital age raises concerns for what we know about surveillance in the 21st century. What is our awareness of how, when and why we are constantly being watched? Visual artist and filmmaker Matthew Sleeth, explores the complexities of our relationship with new media technology in ‘A Drone Opera’. 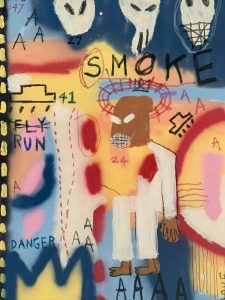 There are a lot of inspiring people acting in inspiring ways to ensure we don’t forget about the environments, communities, and animals around the country that were affected by fires this summer. One of these hopeful, thoughtful acts is taking place at Canberra’s Nishi Gallery in the form of ‘Fire Fight Exhibition’.

Meditation on a Rainstorm

Dr Lewinn’s grew sales (especially sales to China) very strongly in H1 FY2020, but is that enough to offset the coronavirus threat to McPherson’s?

A New Micro-Cap In My Portfolio: Easton Investments (ASX: EAS)

Easton is illiquid but arguably undervalued…

EML Payments sports a fairly optimistic valuation and has a very important acquisition integration coming up, so is it risky at these prices?

As the cool air and Autumn hue descends upon the World Heritage-listed Blue Mountains so too does the annual outdoor ‘Sculpture at Scenic World’ exhibition, now in its 9th year.

Melbourne Design Week opens on the 12th March for ten days filled with over 300 events; comprising of talks, exhibitions, tours and workshops.